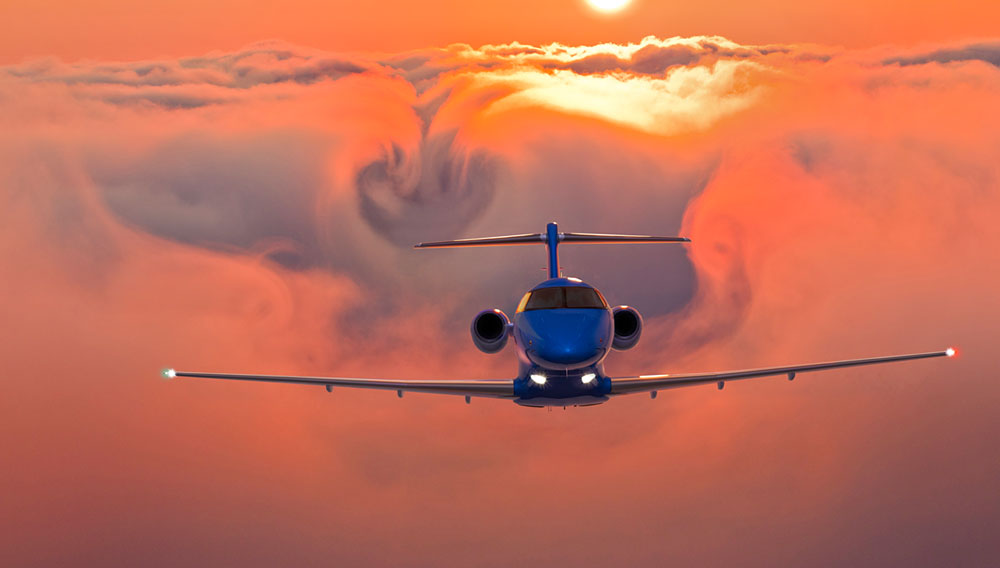 A range of diverse and innovative products were unveiled at this year’s annual European Business Aviation Conference and Exhibition in Geneva. While the market is improving, especially in the United States, the climate is challenging in other regions, like Europe. Thus, competition for buyers is fierce. The manufacturers also must compete against their own earlier models, as plentiful supplies in the used-jet market offer an attractive alternative for some buyers. Fractional and charter services also strip away some potential buyers, offering access to jet travel minus the complications of owning your own aircraft. These pressures create a good market for buyers, who can expect to find plenty of choices and a lot of value for their investment.

The highlights include a new introduction from Pilatus (www.pilatus-aircraft.com), the Swiss manufacturer best known for its popular PC-12 single-engine turboprop, which unveiled its first jet, the PC-24. The 10-seat jet maintains the PC-12’s versatility but adds 100 knots of speed, driven by two Williams turbine engines. First deliveries are expected in 2017, at a price of about $9 million.

Nextant Aerospace (www.nextantaerospace.com) announced an upgrade to its remanufactured business jet, the 400XT, which was first introduced in 2011. The 400XTi offers a redesigned cabin with expanded head and shoulder space and new insulation for reduced cabin noise. A new auto-throttle in the cockpit reduces pilot workload and improves fuel economy. The aircraft is based on a Beechjet 400A/XP fuselage, completely rebuilt and powered by two new Williams jet engines. The new model sells for about $5 million.

Other new aircrafts making their debut were the VIP version of the Eurocopter 175 (www.eurocopterusa.com), with a choice of luxe interior designs at a price of about $23 million, and Bombardier’s (www.bombardier.com) super-midsize Challenger 350, an upgraded version of the 300. The 350 offers new engines, an updated cockpit, and new cabin-management features. It sells for about $26 million. Embraer (www.embraerexecutivejets.com) brought its new Legacy 500 midsize business jet, which debuts the company’s fly-by-wire control system; it is scheduled for 2014 deliveries. HondaJet (www.hondajet.com) officials said the production line is ready for their light jet, which is moving into the final phase of flight testing in preparation for deliveries, also planned for next year.