Home / Aviation in the USA / Car of the Year: Steering Committee

Car of the Year: Steering Committee 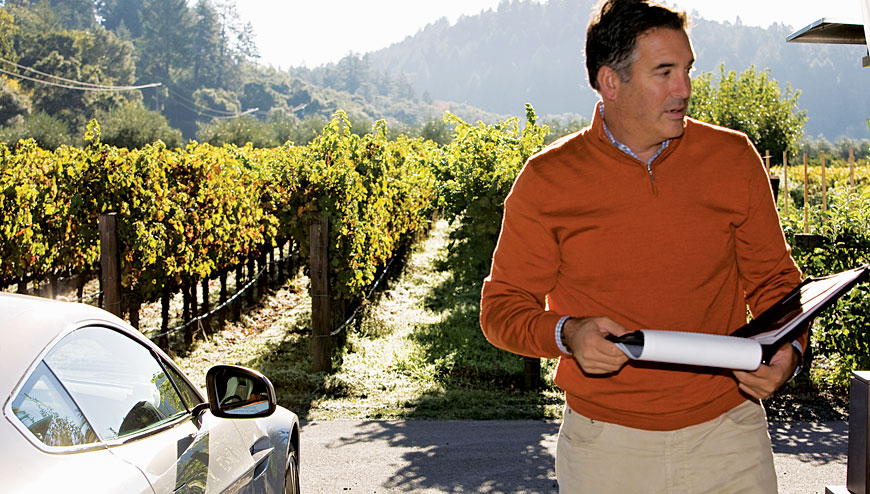 The following Robb Report readers were among the guests who joined the magazine’s editors and writers in driving, evaluating, and ranking the 2011 Car of the Year candidates.

Shai Burstein is founder and controller of Trend Marketing, a Canadian footwear wholesaler.

Michele Cestone is president of two private foundations and is an avid Ferrari fan and driver.

Daniel Curtis is the aviation, wine, spirits, and cigar sales director for Robb Report and also serves as the publication’s international liaison.

Arlo DeKraai is a director of Willbros Group and is a car-driving enthusiast.

Bruce A. Dexter is an air-traffic controller from central New Jersey and a former U.S. Navy sailor.

Thomas duPont is chairman and publisher of duPont Publishing.

Rudy Flinker, a sales executive in the telecom industry, operates a fiber-optic network in San Francisco.

Tom Gonzales is founder and chairman of the board of Shadow Marine, a Fort Lauderdale, Fla., company that designs and builds megayacht support vessels.

Pasi M. Hamalainen is retired and devotes his time to philanthropic interests, estate management, and his cars.

Deborah Harlan is a proprietor of the Harlan Estate winery in Oakville, Calif., along with her husband, Bill.

H. William (Bill) Harlan is a cofounder and chairman of Pacific Union Co., a real estate development firm in San Francisco; he also owns the Meadowood resort in St. Helena, Calif., and the Harlan Estate winery.

Richard Herbert is a former president of Pantone Inc., a company that created color-matching systems used in such industries as graphic arts, digital technology, fashion, home design, and architecture. He currently is an investor in and a board of directors member of the Vulcan Motor Club, a car-enthusiast club in New Jersey. Herbert also is a member of New World Angels, an early stage investment group in Florida.

Brent Hocking is founder and CEO of DeLeón Tequila.

Marc Hruschka is president and CEO of Chopard USA.

Paul Leary is president of Blackbird Vineyards in Napa, Calif., and was instrumental in the 2008 launch of Ma(i)sonry Napa Valley, an art, wine, and design collective in Yountville, Calif.

Kirk Ledbetter is a former owner and operator of Harveys Lake Tahoe hotel and casino in Nevada.

Steven H. Levine is a managing director of UBS Private Wealth Management and was voted as one of America’s top 100 advisors by Barron’s.

Larry Maguire is president and CEO of the Far Niente winery in Oakville, Calif.

Forrest McClain is an attorney and managing director for Reicon Capital in Atlanta, Ga.

Douglas R. McKinney is a business owner and entrepreneur.

Linden Nelson is chairman and CEO of Raleigh Michigan Studios.

Maximilian Josef Riedel, an 11th-generation glassmaker, is CEO of Riedel Crystal of America.

Marc Santo Domingo is the managing director of Gleacher and Co., an investment bank in New York.

Читайте также:  Aircraft: A Complex That Would Simplify

Garen Staglin is owner of Staglin Family Vineyard in Rutherford, Calif., and founder of the International Mental Health Research Organization.

Todd Thomson is founder and CEO of Headwaters Capital, a strategy advisory and private investing firm.

R. Curtis Worsey is a retired partner from the consulting firm Accenture, an entrepreneur, and a board chair for start-up Mavenlink.