Home / Aviation in the USA / Alcock & Brown celebrated in comedy 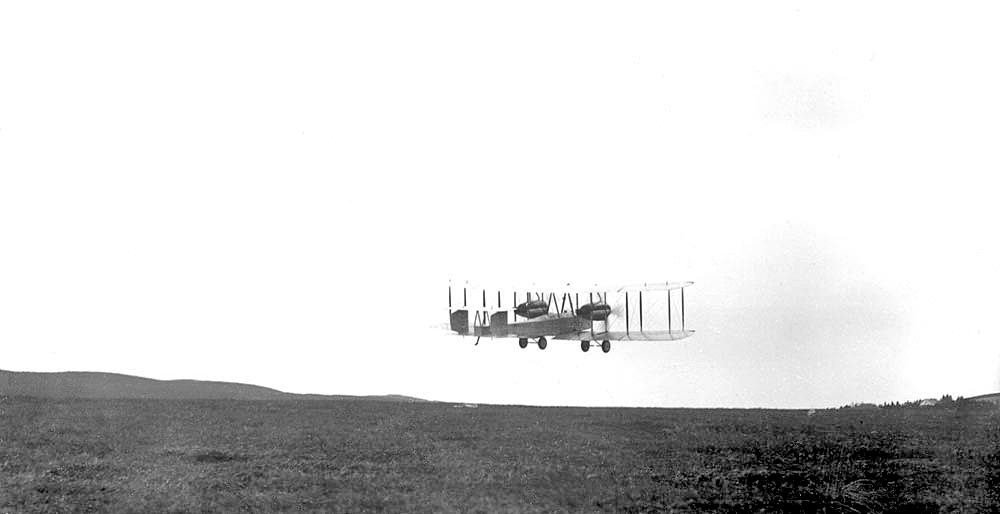 +VIDEO Next summer, 13-14 June 2019 marks the 100th anniversary of Alcock and Brown’s first non-stop flight across the Atlantic.

To mark the occasion, award-winning theatre company The Foundry Group is reviving its critically acclaimed, very funny and hugely popular two-man show featuring a cast of thousands and a ‘reproduction’ of the flight, Those Magnificent Men.

“We are playing all sorts of venues but are looking to take the piece to as many airfields, airports, aviation and technology/engineering museums as we can muster, ” said David Mounfield, one of the actors.

“It always goes down a storm with aviation enthusiasts and the general public alike and we have had many warm and detailed conversations with pilots and ground staff of several generations along the way. We can perform the thing virtually anywhere too, as long as there’s a couple of plugs.”

The Foundry Group is proud to join forces with award-winning BBC4 sketch group, The Ornate Johnsons, for this brand new staging of the hit play about British pioneering aviators Capt. John Alcock and Lt. Arthur Whitten Brown and their daredevil dash across the Atlantic in the tiny open cockpit of a converted Vickers biplane.